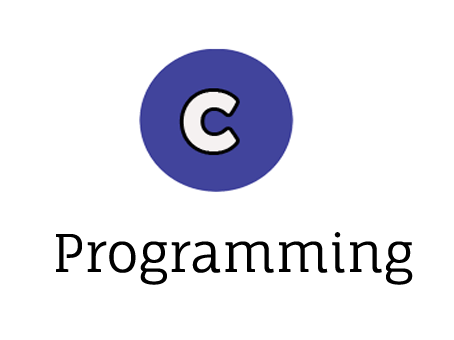 In this article, you will find basic to most puzzled interview queries questions. This article is very useful for those who are preparing for an interview in IT company. Whether you are experienced or fresher, this article will cover all C programming interview questions from basic to advanced level.

1) Describe some features of C language.

C has the features of both high and low-level programming languages.
Supports machine independence, the code you compile in one computer can be executed in another machine without any error.
C is a procedural language and supports modular programming.
C is a well-structured programming language which is used to write efficient programs.

2) What is the basic syntax of a C program?

3) What is preprocessor directive?

4) What are the different types of comments in C programming?

Multi-Line comments in C can be added using /* at beginning and */ and ending of the comment.

5) What is the difference between keyword and Identifier?

Keywords are the reserved words that are predefined and have special meaning and purpose whereas, identifiers are the names of user-defined functions, variables, and constants, etc.

6) What is the difference between variable and constant?

A variable is the one whose value can be changed as the name says during the execution of the program. The value of a constant cannot be changed once it is defined.

7) List and describe the use of some of the keywords in C programing language.

The following are some of the keywords in C:

while: is used to use the while loop in C.
default: is used in switch statement. When all the cases are false, the default part is executed.
int: is used to declare a variable of integer type.
void: is a data type which means nothing.

8) What are the data types in C programming? Give example.

When declaring variables data types are used to specify the type of the variable and to reserve space in memory according to type of variable. The following are some of the data types in C:

9) What is variable declaration?.

To specify the data type and name of variable is called variable declaration. A variable can be declared in C as follows:

Here int is data type and blue is the name of variable.

10) What is variable definition?

Declaring and initializing a variable is called definition of variable.

11) Can you declare variables of same name?

12) How you can display data on output screen in C?

In C programming, data can be displayed on output screen using printf() statement. The syntax of printf() is as follows:

13) How you can read something from the output screen?

You can get user input by using the scanf() statement. The syntax of scanf() is as follows:

14) How you can read strings from the output screen and display strings on output string?

16) What are local variables in C Programming?

17) What are global variables in C Programming?

19) What is the use of logical operators in C programming?

Logical And operator (&&)
Logical OR operator (||)
Logical not operator
Logical operators are used to combine conditions and result is of Boolean type either true or false.

20) What is difference between for and while loops?

21) What is the main difference between while and do while loop?

22) What are unary operators in C programming?

23) What is the syntax of switch statement?

In switch statement we have switch key word and a condition the result of which is compared with a number of cases. At the end we have default part which is executed when all cases are false:

24) What difference is between continue and break statements?

25) What is the main difference between switch and if statement?

Both switch and if statements have multiple choices of which only one is executed. But in switch you cannot check range of values.

26) What is the use of ternary operator?

An auto variable is a local variable. When you declare a variable as automatic it will be allocated memory at the beginning of the execution of the program and memory will be de allocated when the execution is done.

28) What are the storage classes in C?

29) What is the difference between an auto and a register variable?

30) What is the use of static keyword?

31 What are different ways to declare constants in C?

Constants can be declared using the keyword const and using the #define preprocessor.

Type casting is to convert one data type into another. In C we have two categories:

33) What is meant by modular programming?

By modular programming we mean to divide the whole program (problem) into small modules by defining functions. The program becomes reusable by dividing it into modules.

34) How can you declare functions in C?

A function can be declared by specifying the return type of the function and then the name of function with function arguments within parenthesis. The following is how you can declare function in C:

int add(int a, int b); //This is the declaration of function ended with semi colon.

35) How can you call your function? Describe some different ways to call a function?

36) What is difference between function declaration and function definition? What is prototype of a function?

37) How a function can be called by reference?

When calling function by reference you are passing addresses of values to the formal parameters. This address is then used by function to perform specific task. Consider the example below:

Here *a, *b are the pointers holding addresses of the corresponding values or variables.

38) What is meant by recursive call?

A function calling itself is called a recursive function and this process is known as recursion or recursive call. A function can call itself inside its definition.

39) What is difference between pointer and a regular variable?

A pointer holds the address of the variable whereas a regular variable holds a value and is a named memory location to hold some value.

A dangling pointer is the one which points to the deleted memory location. Dangling pointer occurs when an objected is destroyed and the memory is de-allocated but the pointer is still pointing to the freed memory

41) What is the use of library functions in C?

Library functions are the built in or primitive functions defined at the time of manufacturing. These functions have specific tasks to perform for example printf() statement can be used to display output on the output screen. To use the library functions you have to include respective header files for example stdio.h for printf().

An auto variable is a local variable. When you declare a variable as automatic it will be allocated memory at the beginning of the execution of the program and memory will be de allocated when the execution is done.

44) What are the different errors that can be occurred in your C program?

In C program, we can have syntax error because of wrong syntax, run time error also called exception that can be occurred for example multiplying any number by zero, and then we have logical errors that are the type of run time errors.

45) What do you mean by enumeration in C?

Enumeration is used to assign strings to integral constants. Enumeration is a user defined data type which can be created by using the enum keyword.